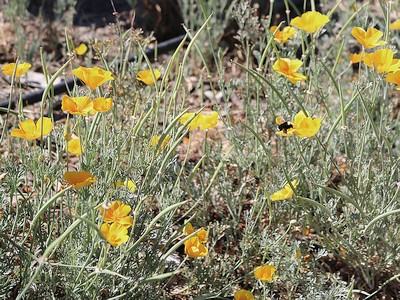 Implemented in 2002, the County of Santa Clara IPM Program,  protects the health and safety of County employees, the public and the environment. It prevents and solves pest problems on County property with the least unintended impacts on people and their surroundings. The program eliminates or reduces pesticide applications on County property to the maximum extent feasible through available non-pesticide alternatives.

The program continues to institute effective leadership through:

This section highlights the program's accomplishments, particularly the initiatives taken to reduce pesticide use and advance sustainability efforts.​​​​

Pesticide use in structures has been significantly reduced and can be stated as, "minuscule use" (statistically insignificant) of reduced risk pesticides. Regular site inspections followed by building occupant education, sanitation, housekeeping and maintenance improvements, has significantly altered many pest situations that would have otherwise required pesticide applications.

Pesticide use in urban landscapes has been significantly reduced and can be described as minuscule use. Since 2008, no pesticide was used in urban landscapes around County office complexes with an exception in 2012 when two pesticide applications were warranted, one to treat Magnolia scale infestation and the other to remove an unwanted Bamboo species that was compromising a pedestrian walkway.​

Parks Without Pesticide Use

In 2002, a pilot project was launched at Ed Levin Park (approx. 1,500 acres) using reduced risk pest management strategies, and eliminating use of all conventional pesticides, with a plan to adopt the model in all 29 Regional Parks representing ~52,140 acres of recreational, open space, and rangelands. In 2016, 24 parks were managed using non-chemical methods, resulting in 99.91% of the total landscape under regional parks managed without using pesticides.

Vertebrate Pest Control: Since 2003, no rodenticide was used in open space of 29 regional parks, except in 2016 the use of 60 lbs. of Aluminum Phosphide, a burrow fumigant to control ground squirrels, was used in 45 acres of Martial Cottle Park non-agricultural area. This use was required because ground squirrel infestations had exceeded what is possible to control with non-chemical treatments. Controlling these infestations is a priority at Martial Cottle Park to prevent an economic threat to an urban farm located within the park. At Penitencia there is an infestation close to several areas where human interaction is likely, including children's play areas. Due to the pests' ability to carry disease pathogens, it may be necessary for chemical intervention in the future as determined on a case-by-case basis.

Aquatic pest management: Since 2002, no pesticide has been used by Department of Parks and Recreation on County-owned ponds, lakes, and creeks to control aquatic weeds, except what is reported under the Arundo donax control project managed by Santa Clara Valley Water District (the report on this project is included in attachments below).​​

​Since 2005, a significant reduction (75%) in acreage under chemical management (use of herbicides) to control vegetation on County rights-of-way has been achieved. A slight increase or decrease in acreage under chemical management from year to year is cyclic and need-based. Targeted herbicide applications based on weed identification helps the Roads Department to maintain this reduced level of herbicide use.​

County general Aviation and/or airports has not used any pesticides since 2007. 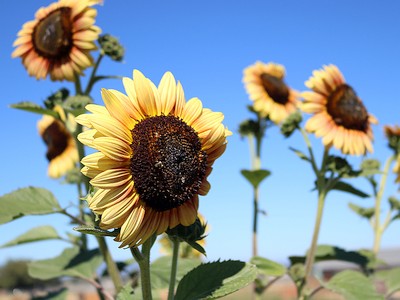 Sustainability is based on a simple principle; everything that we need for our survival and well-being depends, either directly or indirectly, on our natural environment.

The IPM program has evolved over the years and has adopted several sustainability initiatives. By working together on conservation principles and smart resource management, many of these initiatives brought about positive outcomes that solve pest issues, reduce pesticide use, and also help address many of our current environmental challenges including global climate change, air and water quality, water management, habitat conservation and waste stream concerns. 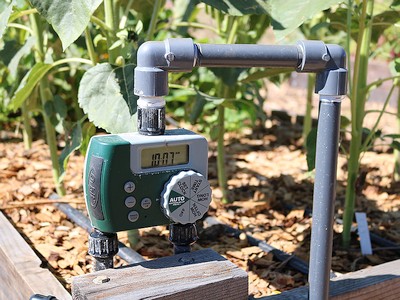 These actions embed systematic and permanent changes to achieve sustained outcomes that address the long-term effects of drought. The program continues to work to help identify and implement water conservation and efficiency measures in the County.​ 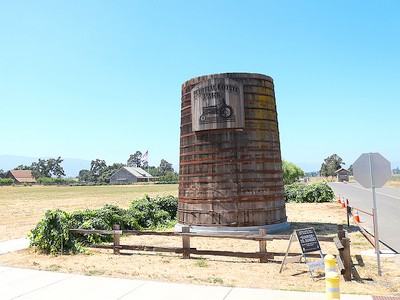 In 2014, the County Department of Parks and Recreation took a giant step forward in pesticide reduction and environmental health by opting for organic farming as the preferred choice for farm operations at Martial Cottle Park.

The park also is a showcase for advances in sustainable farming techniques and water conservation. It is a center for innovation and learning about organic farming, conservation, and food production, and an ongoing community education center through cooperative partners such as UC Cooperative Extension Master Gardeners, 4H, Our City Forest, and City of San Jose Community Organic Gardens. 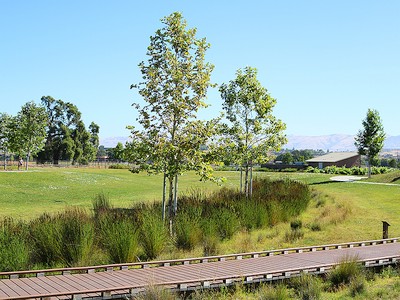 Carefully managed selective grazing in the parks is used to manage and promote perennial native grasses and wildflower stands. Grazing is used to reduce non-native invasive species such as yellow star-thistle, Italian thistle, other broadleaf weed infestations and annual non-native grasses which compete with native annual wildflowers and grasses.

Goats are used to reduce or eradicate invasive plants in areas where cattle cannot roam, or to eat plants that cattle avoid. At Sandy Wool Lake, these "weed-mower" goats clear poison hemlock, teasel, and coyote brush, plus grasses on the dam face.

The goats at Grant Lake clear the creek corridor and grasses around old buildings, protecting these properties from wildfire. Goats along the Coyote Creek Trail eat primarily yellow star-thistle in fields where Santa Clara County has serious infestations.

Prescribed burns are conducted with the guidance and assistance of CalFire and San Jose Fire and other fire districts at two of our parks. At Santa Teresa, a training burn in an area infested with coyote brush, teasel, milk thistle and annual grasses occurs during most years. At Grant Park, burns are used to control medusahead, yellow star-thistle, coyote brush, and annual grasses. Prescribed burns are also used in the Halls Valley area of Grant Park. 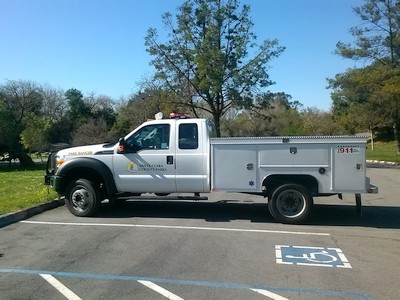